Although Harvard Medical School accepted students of color from 1869 onward, prior to 1968, there was no plan to increase the enrollment of minority students.

Influenced by the Civil Rights Movement, and spurred by the assassination of Dr. Martin Luther King Jr. in April 1968, a group of HMS faculty met to address the issue of diversity and minority students at Harvard Medical School. The group of nine faculty members, many associated with the Neurobiology Department, created a proposal to increase the enrollment of minority students by at least fifteen students. Edward Kravitz, Edwin Furshpan, David Potter, Jonathan Beckwith, and Leon Eisenberg, among others, met with Dean Robert Ebert, who advised them to garner the support of each faculty department chair. The group prepared to present their argument at the April Faculty Meeting.

At the meeting, the group argued that Harvard Medical School should increase minority enrollment and were faced with both strong support and opposition. While many faculty supported increasing minority enrollment, the recommendation of enrolling at least fifteen minority students caused debate. Some argued that the language be changed to “a substantial number,” while the petitioners argued that “substantial” could mean as few as five students when compared to how many students of color were historically enrolled.

Dean Ebert ended the debate by appointing a committee, chaired by David Potter, to explore the question of minority enrollment. In support of the affirmative action plan, Dean Ebert increased the incoming class size by fifteen students.

The Medical School also hired Dr. Alvin Poussaint, a psychiatrist known for his work as the Southern Field Director of the Medical Committee for Human Rights in Jackson, Mississippi, and in community medicine at Tufts University, Medford, Massachusetts. Dr. Poussaint joined the faculty to support the incoming students and foster diversity and inclusion at Harvard Medical School. He was the first director of the Office of Recruitment and Multicultural Affairs, which focused on increasing representation of Black, Puerto Rican, Mexican American, and Native American students.

In addition to increasing recruitment efforts, in 1970, HMS implemented the Pre-Matriculation Summer Program for students from underrepresented backgrounds. This program brought students to HMS for eight-weeks between college and medical school and exposed students to basic science courses at Harvard. It was designed to ease the transition from undergraduate to medical school, and to enhance the likelihood of academic success.

Jonathan R. Beckwith received his A.B. in Chemistry and his PhD in Biochemical Sciences from Harvard University in 1957 and 1961, respectively. With James Shapiro and Lawrence J. Eron, he is credited with isolating the first gene from a bacterial chromosome in 1969. He is also known for his longstanding social activism in the science community, advocating for social responsibility in scientific and genetic research, and arguing against genetic, racial, and gender discrimination in science and society.

Dr. Beckwith had the honor, along with Dr. Elkan Blout, of first presenting the proposal for affirmative action at Harvard Medical School before the April 1968 HMS Faculty Council Meeting.

Leon Eisenberg (d. 2009) received his A.B. and M.D. from the University of Pennsylvania in 1944 and 1946, respectively.  He was the Maude and Lillian Presley Professor of Social Medicine and Professor of Psychiatry (1974-2009) at Harvard Medical School, as well as Chief of Child Psychiatry (1959-1967) at The Johns Hopkins Hospital, Chief of Psychiatric Services (1967-1974) at Massachusetts General Hospital, and founding Chairman of the Department of Social Medicine and Health Policy (1980-1991)–now the Department of Global Health and Social Medicine–at Harvard Medical School.

Dr. Eisenberg was known, among other things, for his research in autism, and for advances in pediatric clinical trials and psychopharmacology.

A strong advocate for diversity, inclusion, and equity, Dr. Eisenberg was part of the group who petitioned for an affirmative action program at Harvard Medical School following the assassination of Dr. Martin Luther King, Jr.

Beyond lending his critical support to the program for affirmative action at Harvard Medical School, Dr. Eisenberg would subsequently chair the Commission on Relations with the Black Community that would ensue from the program, drawing attention to the structural racism that continued to shape both society and medical school admissions alike.

Robert H. Ebert (d. 1996) received his MD from the University of Chicago in 1942. He taught medicine at Western Reserve University and was Director of Medicine at the University Hospitals of Cleveland from 1956 to 1964. Dr. Ebert was appointed Jackson Professor of Clinical Medicine at Harvard Medical School and Chief of Medical Services at Massachusetts General Hospital in 1964; in 1966, he was named Dean of the Faculty of Medicine at Harvard Medical School, a position he held until 1977. As Dean, Dr. Ebert created the Division of Health Sciences and Technology, a combined MD-PhD program run collaboratively by MIT and HMS. His research was in the field of respiratory inflammation and infection.

Dr. Ebert was a continuous advocate for affirmative action, increasing the number of underrepresented minorities admitted to HMS over his decade of service. 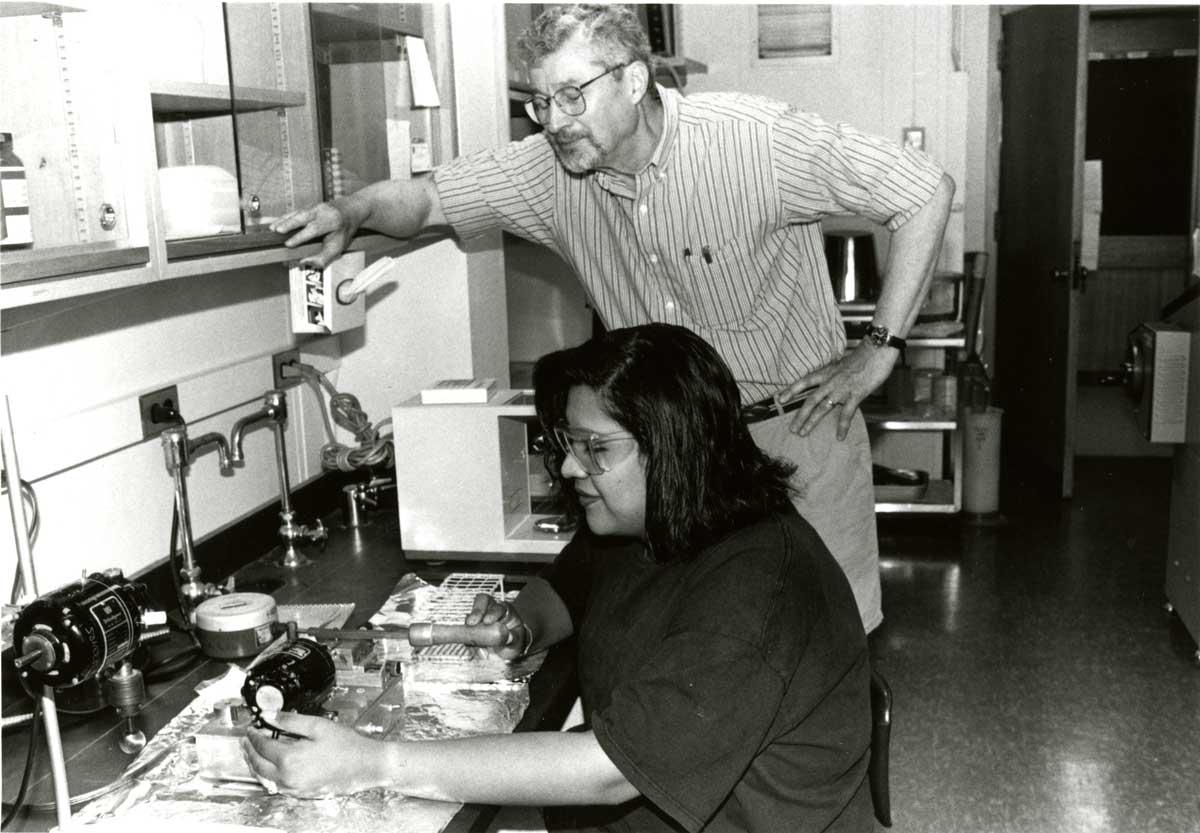 David D. Potter, PhD (1930-2019), was the Robert Winthrop Professor of Neurobiology, Emeritus at Harvard  Medical School. Dr. Potter earned his PhD from Harvard College in 1956. He joined the medical school in 1959, and was part of the inaugural Department of Neurobiology in 1966, serving as department chair from 1982 to 1990.

A strong advocate for diversity, inclusion, and equity, Dr. Potter was a crucial part of the group who petitioned for an affirmative action program at Harvard Medical School following the assassination of Dr. Martin Luther King, Jr. Funding his own travel, Dr. Potter recruited minority student applicants from Historically Black Colleges in 1968. 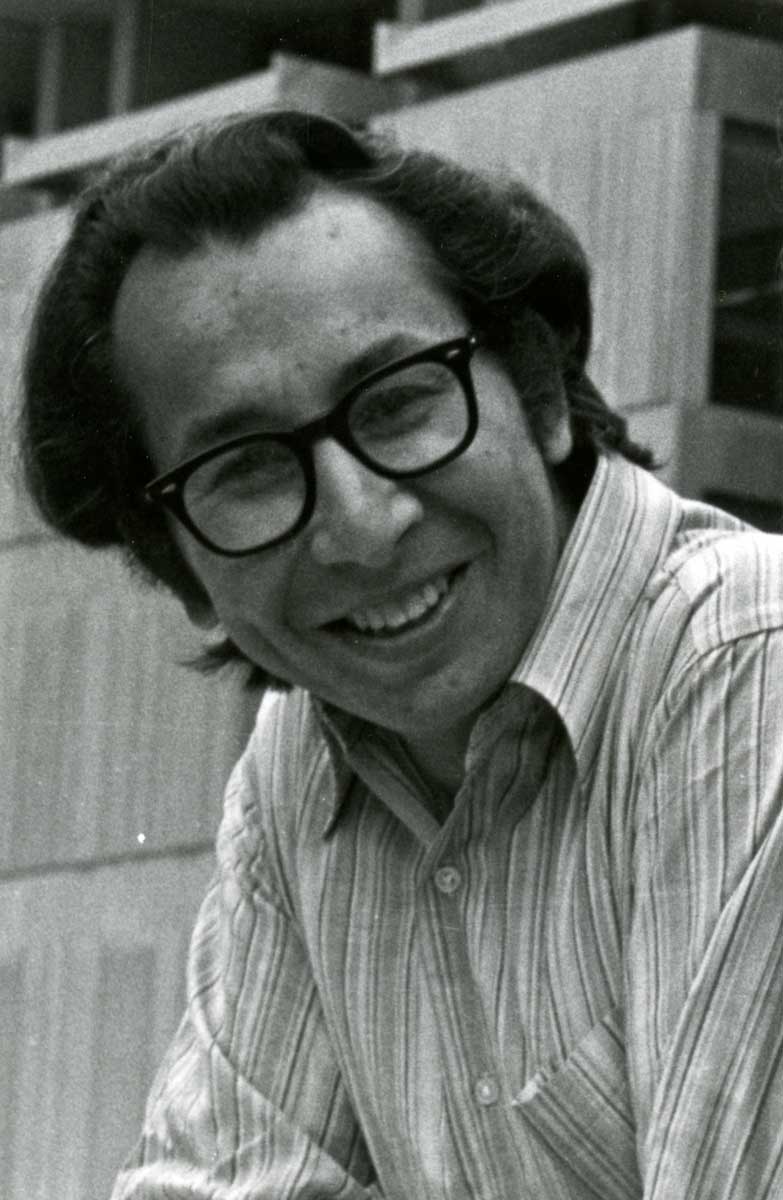 Edward Kravitz was born in 1932 in New York, New York. He grew up in The Bronx and attended the City College of New York. He earned his PhD in Biological Chemistry at the University of Michigan, and was recruited to Harvard Medical School by Steve Kuffler in 1960.

Dr. Kravitz was part of the inaugural Neurobiology department at Harvard Medical School, and in addition to his research on GABA, neurotransmitters, and neuroethology, has been an advocate for diversity and inclusion throughout his career. 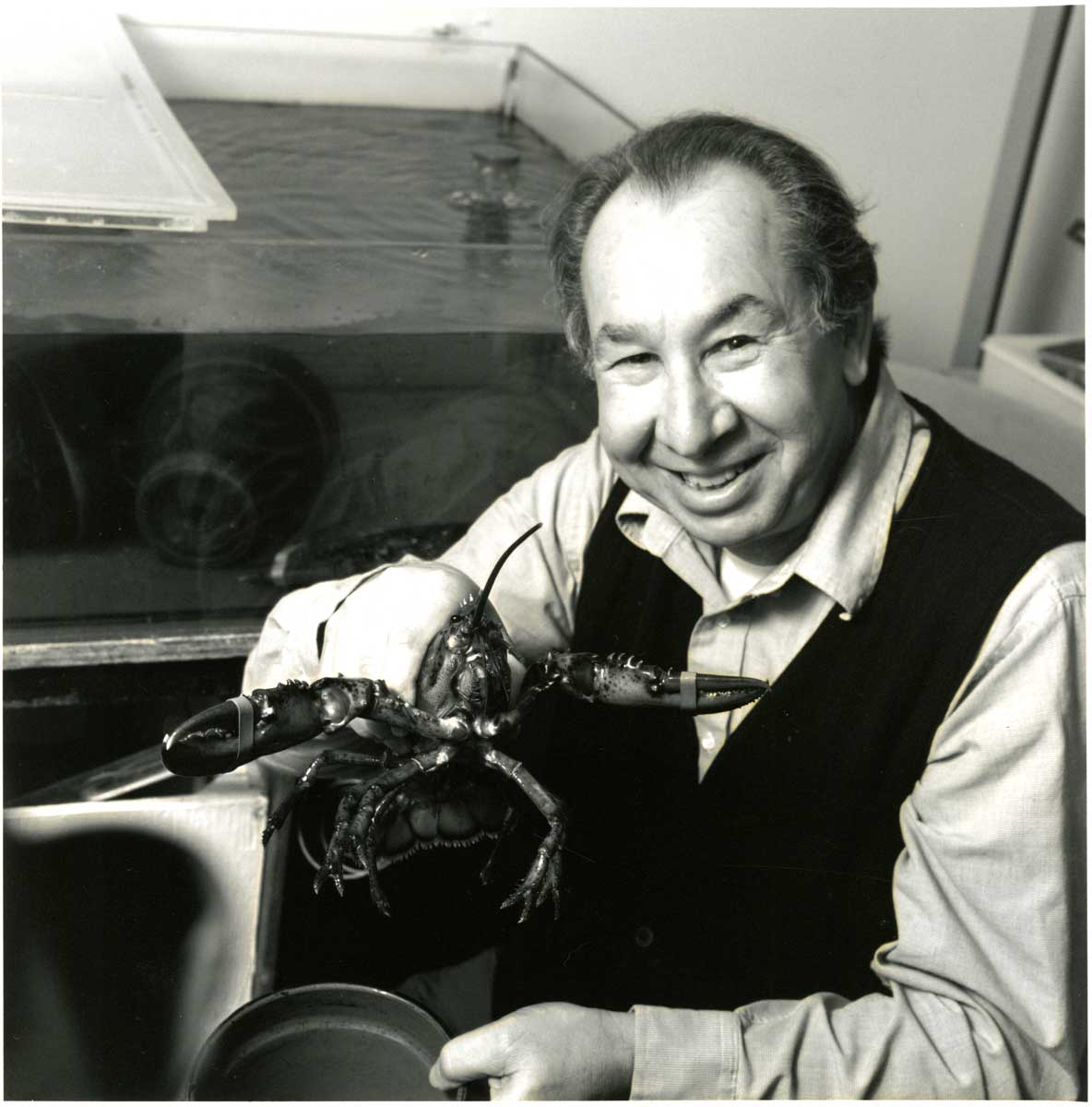 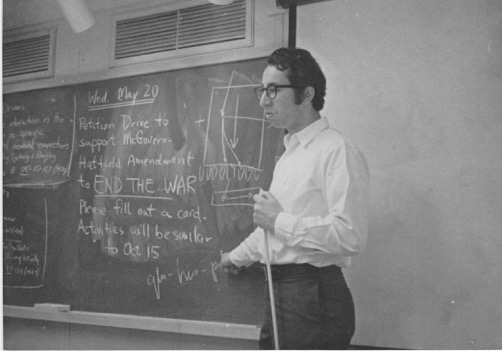 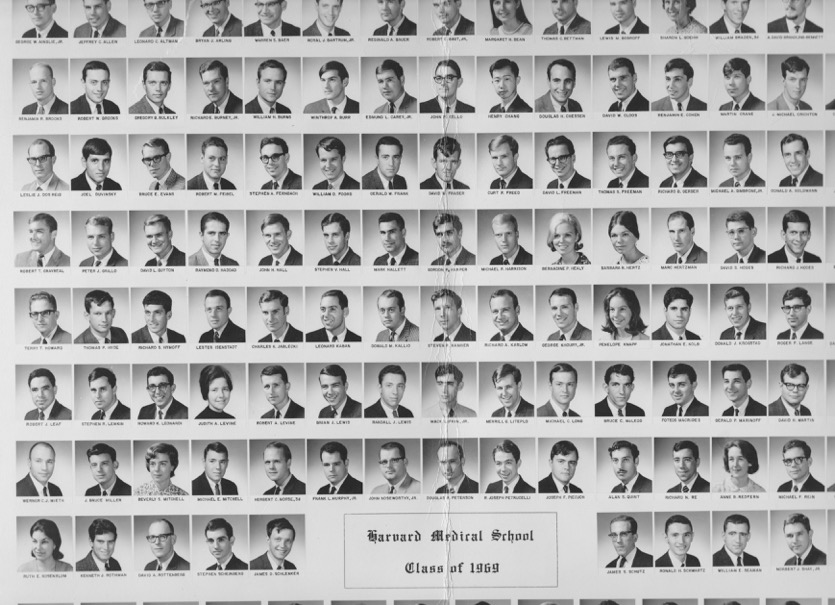 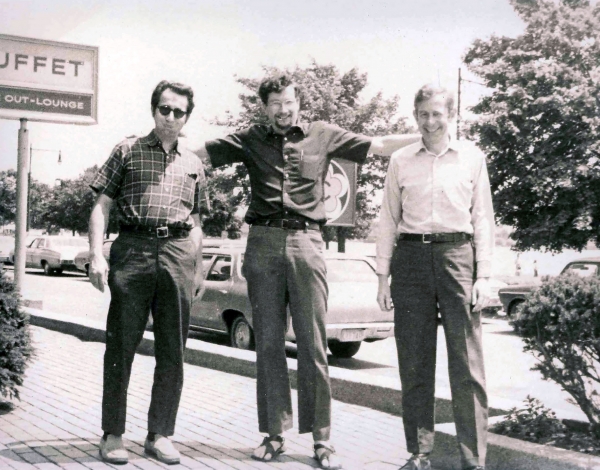 "And what changed that was what was happening in the country. Two things happened in the 1960s that dominated the news every night and eventually dominated our lives, even though we were mainly at Harvard, faculty members, to teach and do research. And one was the Vietnam War. And the other was the start of what eventually became the civil rights movement." (21:15)

”We were the second item on the -- on the meeting. And we had put it together by having a very conservative group of faculty present our case -- who supported us. John Beckwith read the document that we had written out and gave a few reasons for why we put down 15 students, as roughly 10% of the class, as a targeted goal, not as a quota.” (34:13)

”If there’s a message that I want to send to young people by this story, it’s get involved. … It’s not an either-or situation. You can have a wonderful career. You can become a scientist, a doctor, a lawyer, whatever you want to become. But there are injustices. There are things that we’re fighting about now that we thought the fights had been decided 50 years ago.” (52:15) 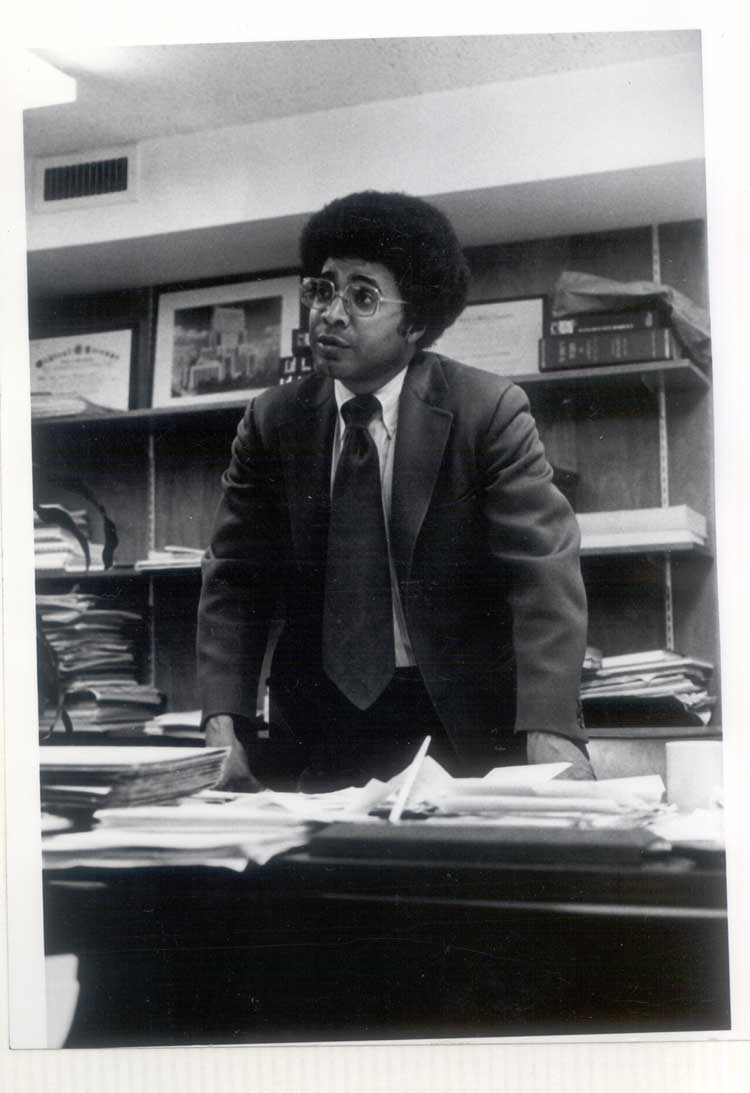 Alvin Francis Poussaint, MD, was born in New York City, New York, in 1934. He attended Stuyvesant High School and Columbia University. He graduated from Columbia in 1956 with a bachelor's degree in pharmacology. He enrolled in Cornell Medical School, and earned his medical degree in 1960. He became chief resident at the UCLA Neuropsychiatric Institute in 1964, but left the position to become the Southern Field Director of the Medical Committee for Human Rights in Jackson, Mississippi in 1965. Dr. Poussaint also participated in the march from Selma to Montgomery to ensure that demonstrators would have medical care if needed. 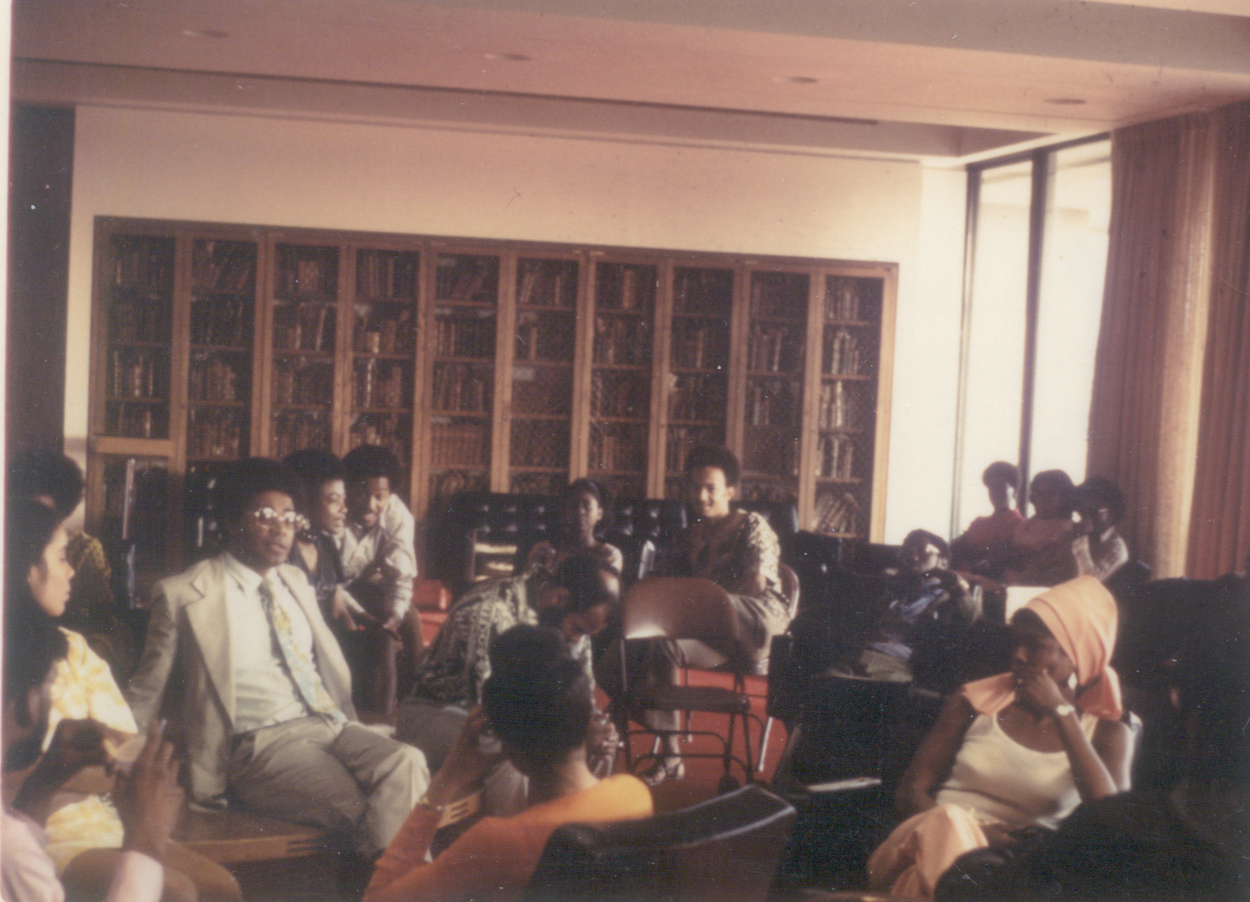 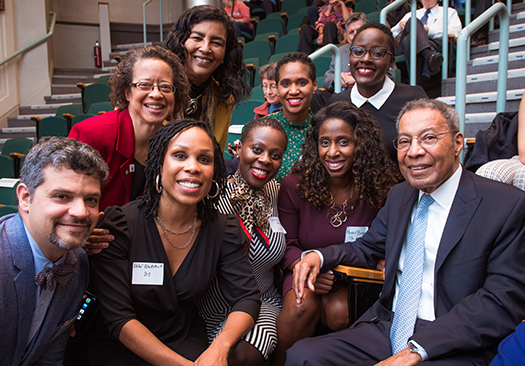 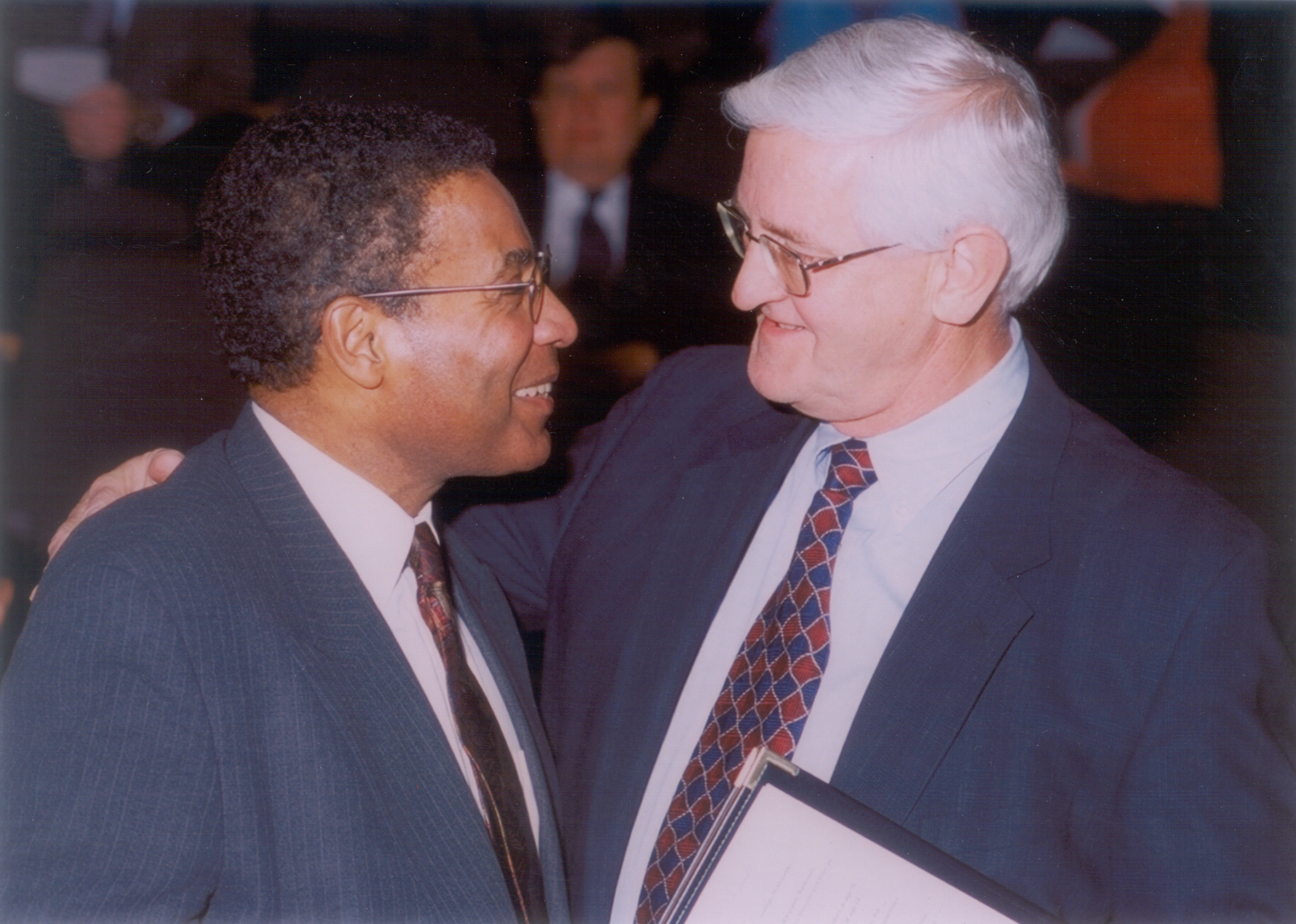 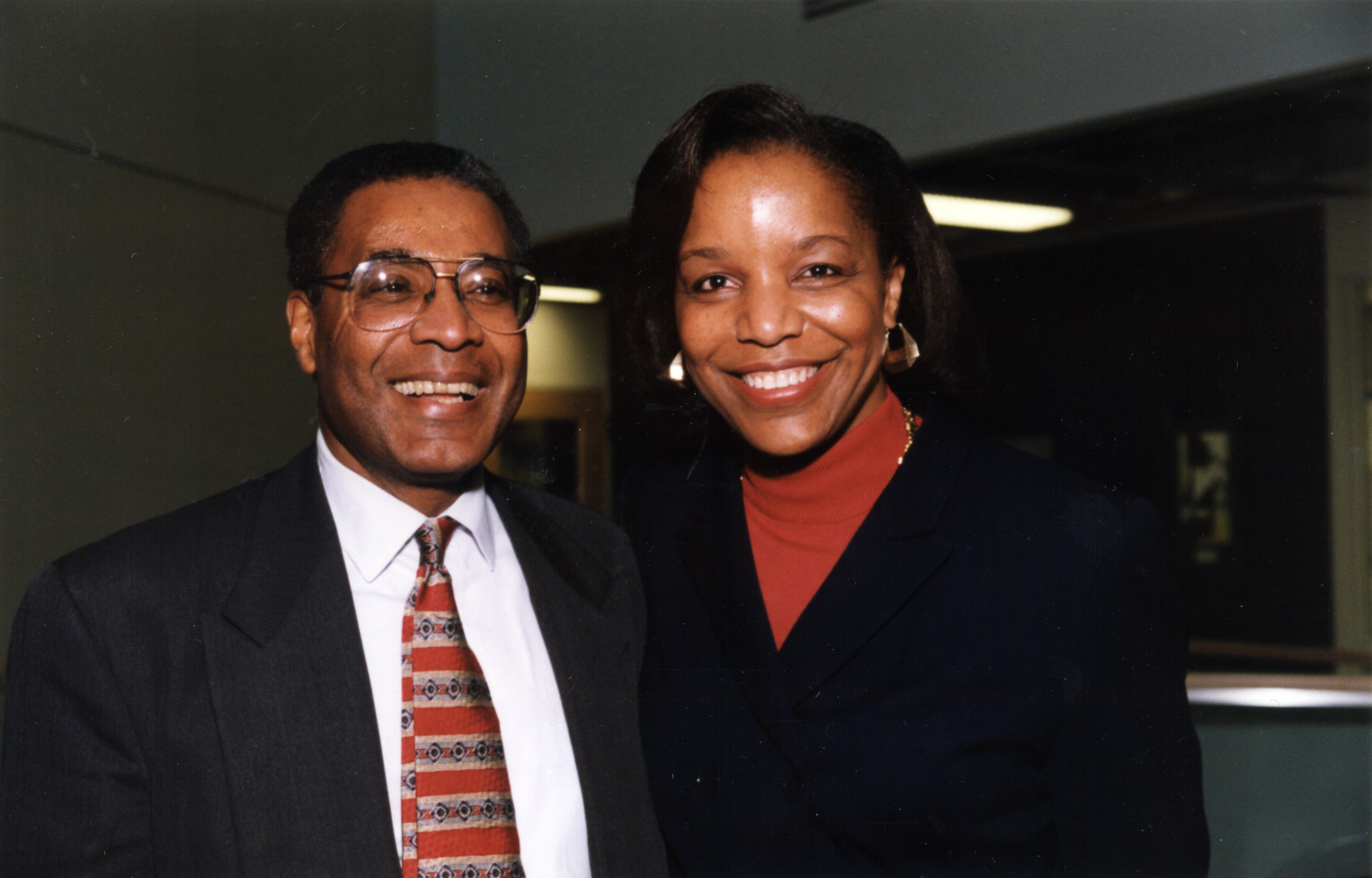 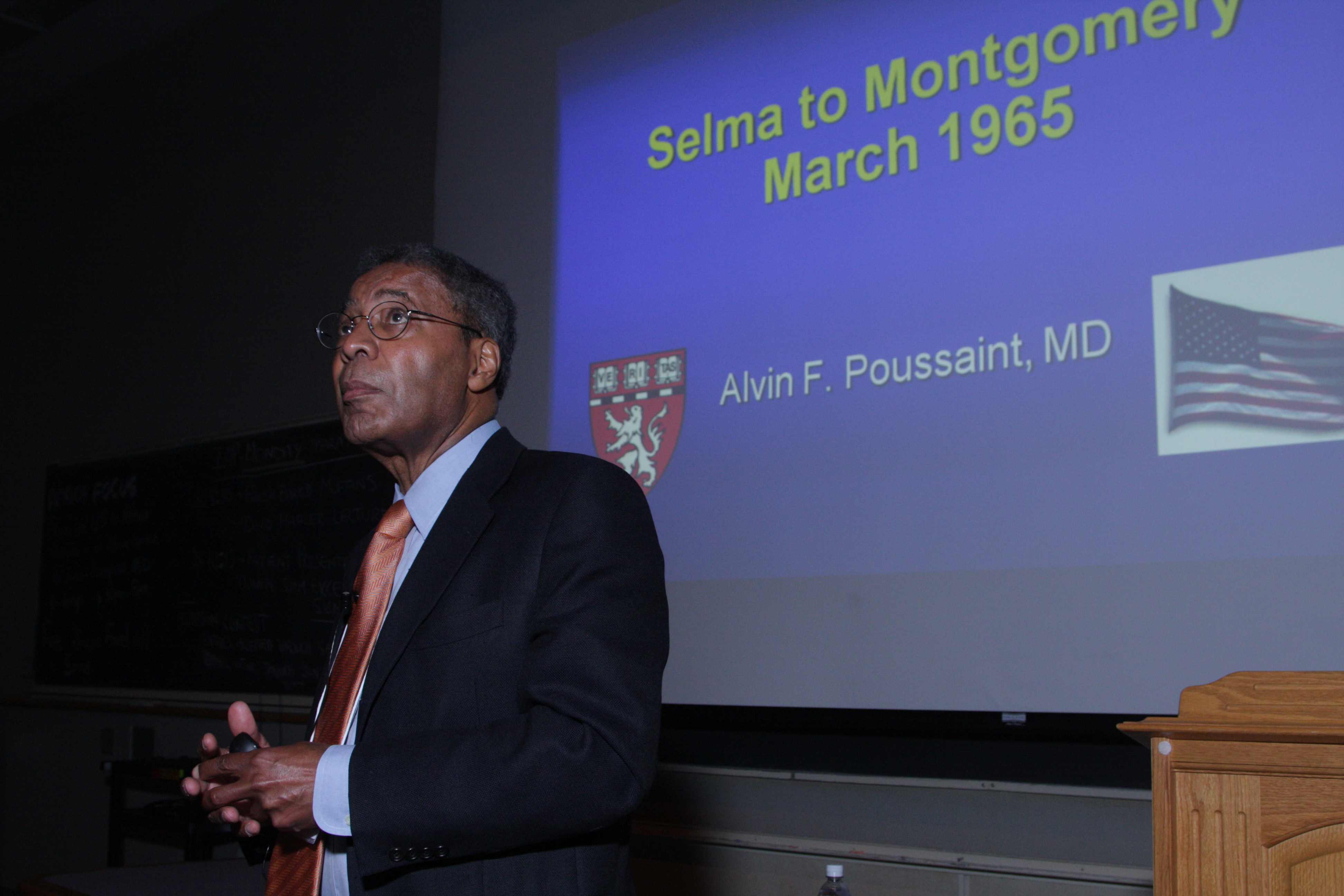 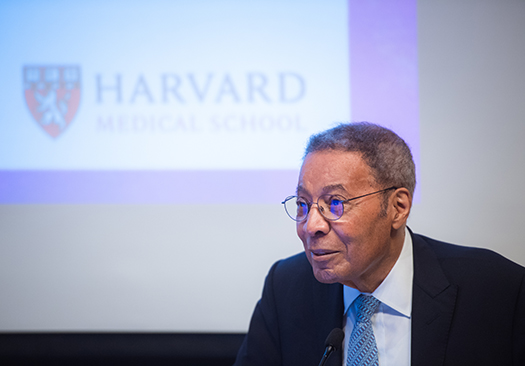 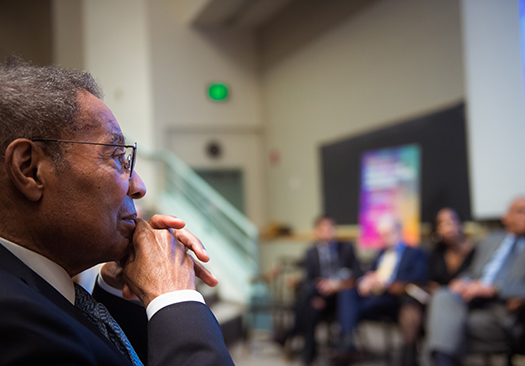 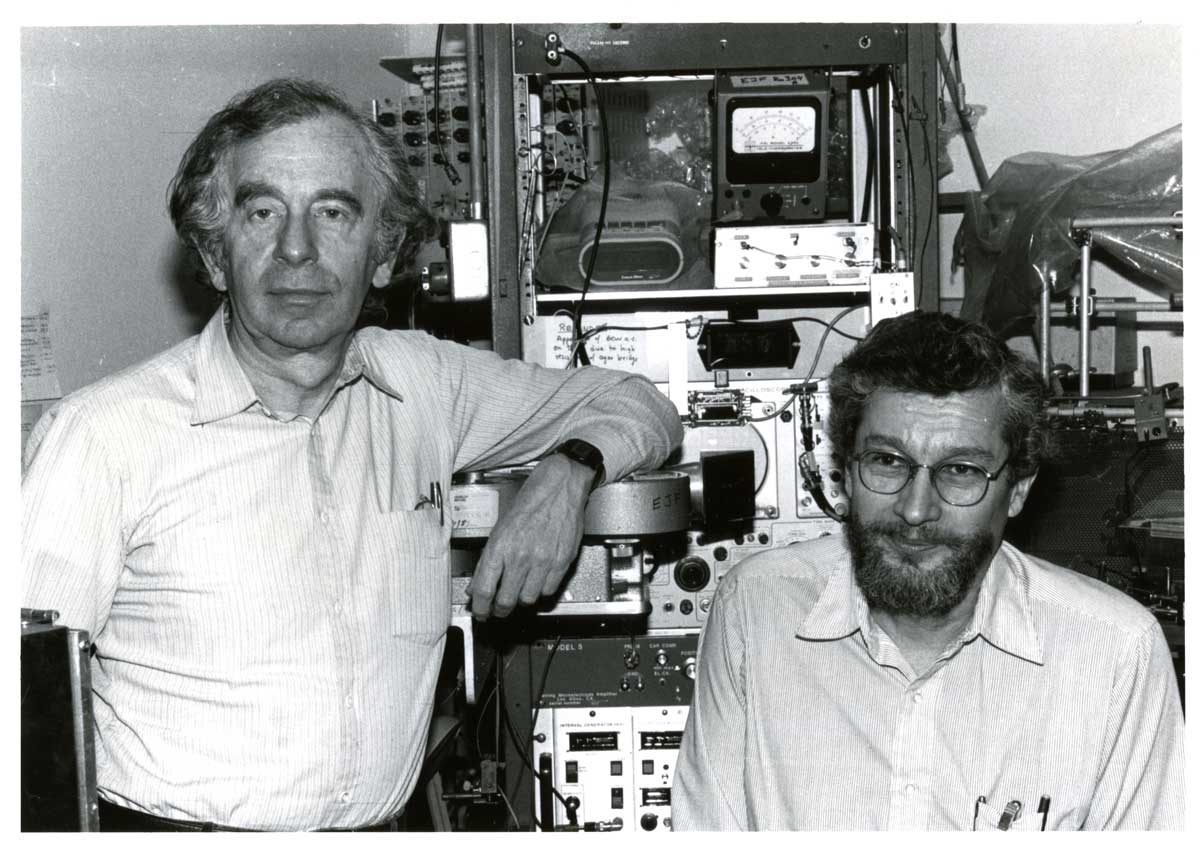 Edwin Furshpan (d. 2019) completed his doctoral work at Cal Tech in 1955. He worked in Bernard Katz’s laboratory in London, where he met David Potter. The two went on to work with Steve Kuffler at Johns Hopkins.

Dr. Furshpan was part of the inaugural Neurobiology Department at Harvard Medical School in 1966. Throughout his career, he was an advocate for diversity and inclusion. Along with Dr. Potter, he founded the Native American High School Summer Program at Harvard Medical School to increase the number of Native American students attending leading colleges and universities.

"So we have this meeting, a stormy meeting, and the proposal, as you know, before the meeting, was that Harvard Medical School should undertake, should commit itself, to admitting a substantial number of, as the word was then, disadvantaged students. No mention of race, but disadvantaged."

“King was focused on something really important and went about it in the most productive and creative way. He managed to do it while insisting on nonviolence.”

”So we paid attention not only to grades. You know, grades were important, but if we thought somebody could do the work, we didn’t care whether they had all A’s, or whether they had 800s on their MCATs. It was character. It was accomplishment. It was motivation. It was vision.”

”You have to take into account not only where people are now, but where they came from.”