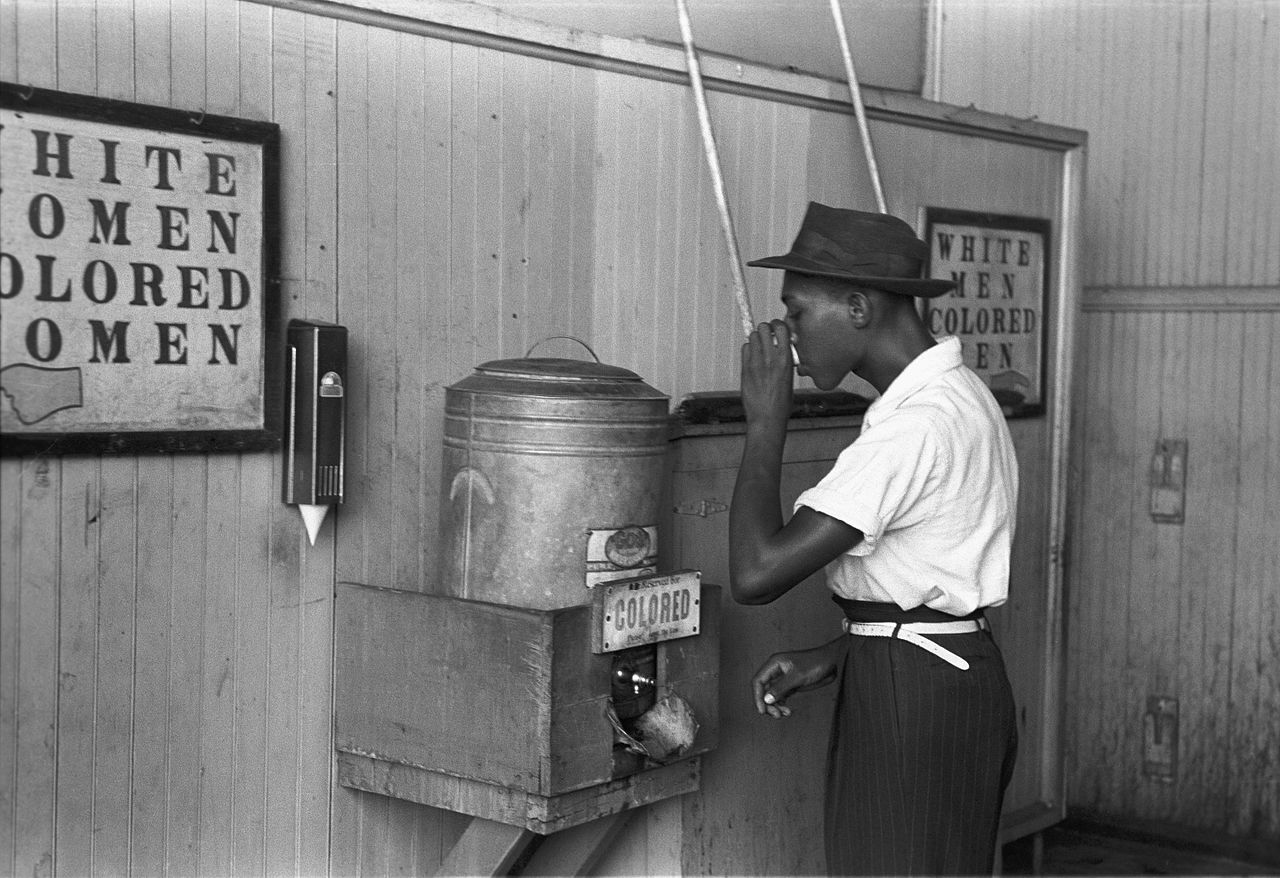 Jim Crow Laws were state and local laws enforcing segregation in the United States. Enacted in the late 19th and early 20th centuries, and enforced through 1965, these laws mandated segregation in public facilities like schools, restrooms, restaurants, and drinking fountains in former Confederate States, and included transportation like interstate buses and trains. Segregation of public schools was declared unconstitutional by the Supreme Court of the United States in Brown v. Board of Education, and the remaining Jim Crow laws were overruled by the Civil Rights Act of 1964 and the Voting Rights Act of 1965.