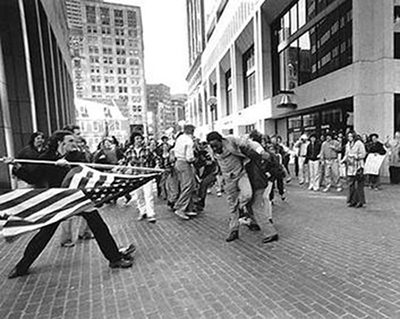 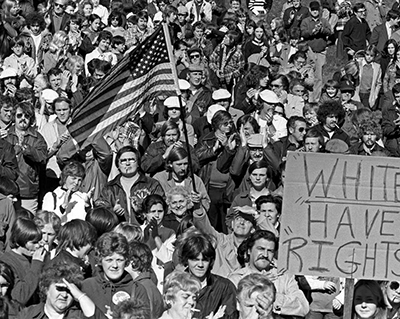 In 1974, Judge W. Arthur Garrity Jr. of the United States District Court for the District of Massachusetts laid out a plan to bus students between predominantly White and Black neighborhoods in Boston. Massachusetts had enacted the 1965 Racial Imbalance Act, which required schools to desegregate or risk losing educational funding. Public schools in the city of Boston were found to be unbalanced, but the Boston School Committee, under the leadership of Louise Day Hicks, refused to develop a busing plan or support its implementation.

The 1974 plan bused children across the city of Boston to different schools to end segregation, based on the city’s racially divided neighborhoods.

Boston was in turmoil over the 1974 busing plan and tensions around race affected discussion and protest over education for many years.