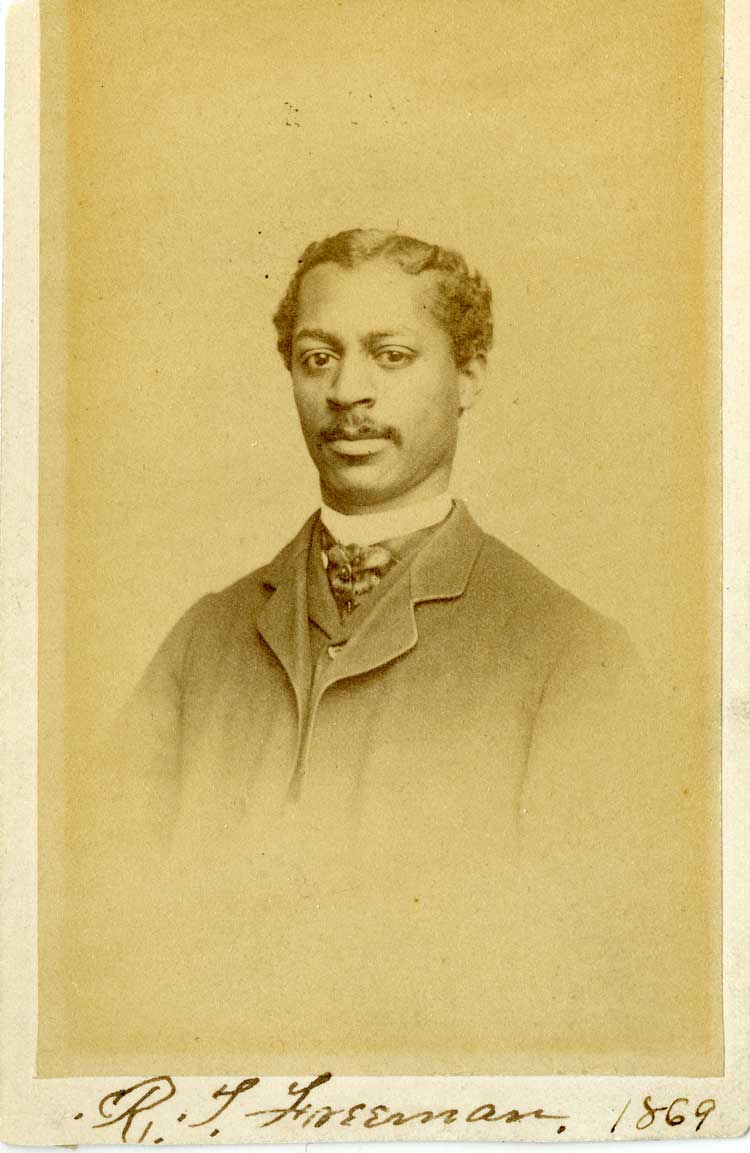 Robert Tanner Freeman was the first African-American to receive a degree in dentistry from an academic institution. Freeman was born around 1846 in Washington, D.C. He trained under Dr. Henry Bliss Noble, who encouraged him to formally train for a dental career. Freeman applied to two schools, and was rejected on racial grounds. He then applied to the Harvard Dental School after its founding, and in March of 1869, he was one of only six to receive the Doctor of Dental Medicine degree. After graduation, Tanner moved to Washington, D.C. and practiced dentistry until his death on June 14, 1873. The Washington Society of Colored Dentists, established in 1900, renamed itself in 1909 the Robert Tanner Freeman Dental Society in honor of America's first African-American dentist.