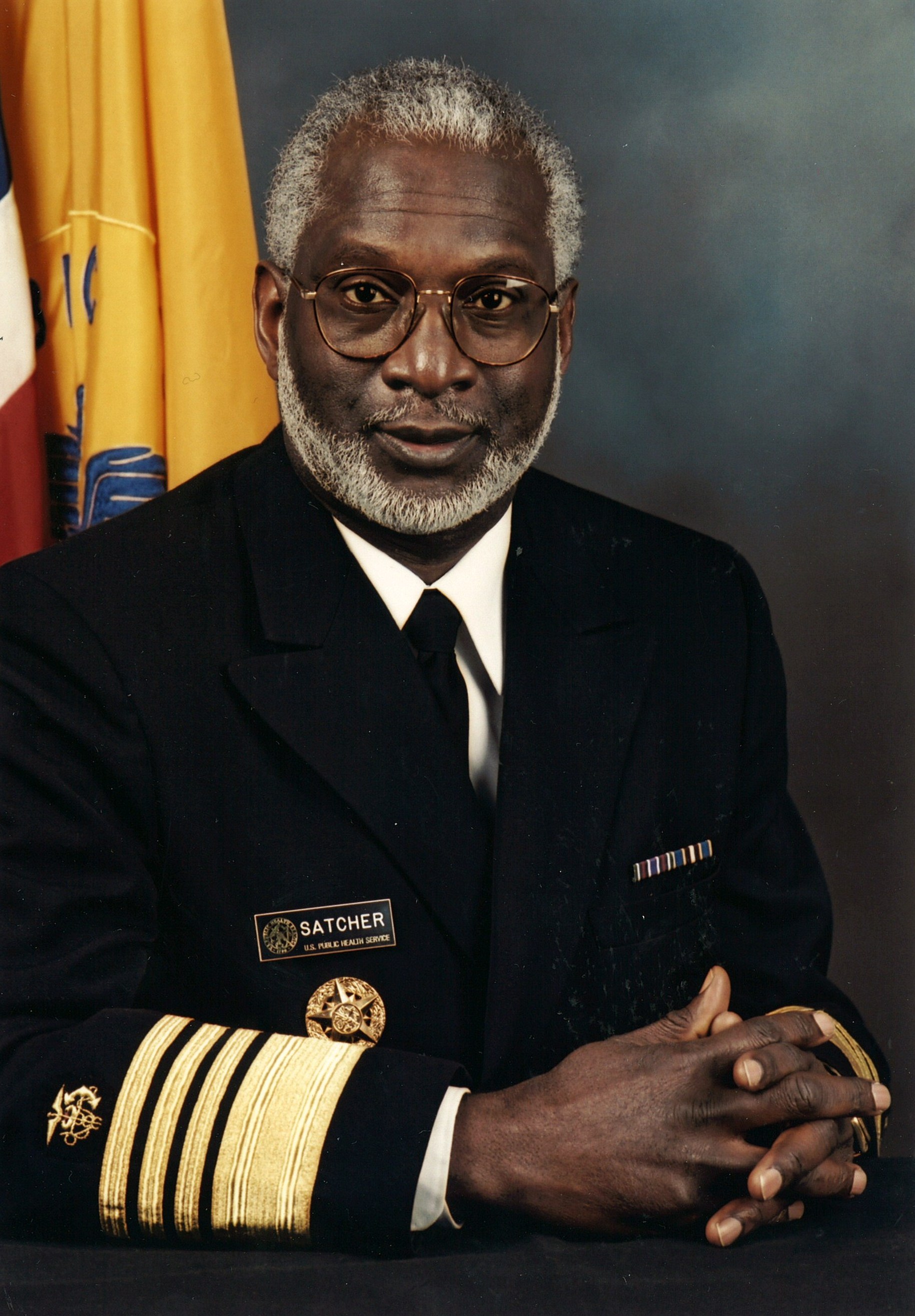 David Satcher was born in Anniston, Alabama in 1941. He matriculated at Morehouse College earning a BS, and then at Case Western Reserve University, earning his MD and PhD.  In 1993, Dr. Satcher became the first African American Director of the Centers for Disease Control and Prevention (CDC). A physician-scientist and public health administrator, Dr. Satcher was a Four Star Admiral in the United States Public Health Service Commissioned Corps. As the 16th Surgeon General of the United States, from 1998--2002, he was the first African American to hold the position. Additionally, he was the 10th Secretary for Health in the Department of Health and Human Services from 1998-2001, the first African American man serving in this role. He was only the second person in history to serve in these two positions concurrently.