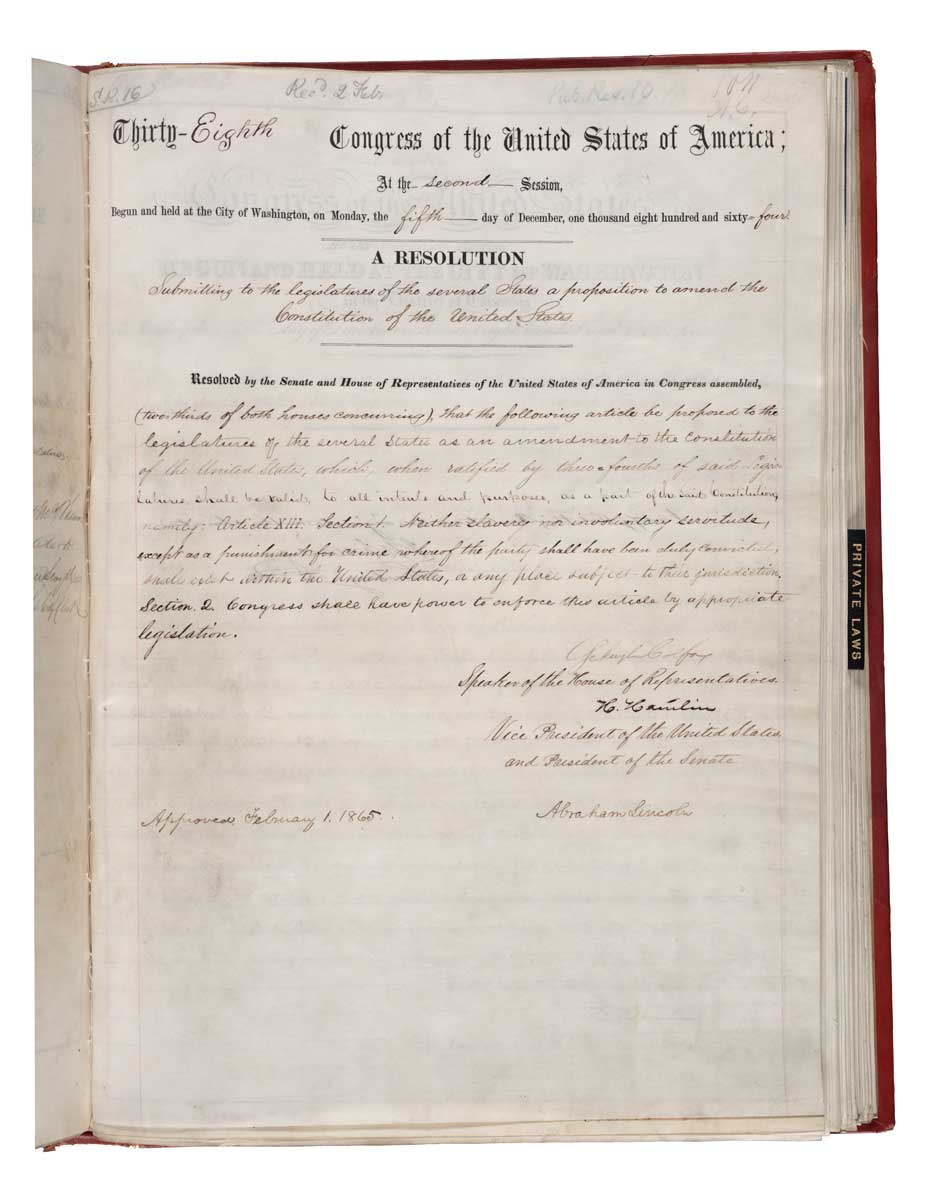 Amendment XIII to the United States Constitution abolished slavery and involuntary servitude, except as a punishment when a person has been convicted of a crime. The XIII Amendment was passed by Congress on January 31, 1865 and ratified by the states on December 6, 1865. In 1868, Amendment XIV gave Black people equal protection under the law and in 1870, Amendment XV granted black men the right to vote.