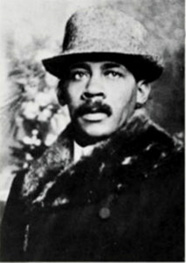 Thomas William Patrick was born in Haiti in 1872 and raised in Trinidad, West Indies. There, he studied pharmacy for six years as an apprentice, beginning in 1885, and acquired his license in pharmacy.  Patrick settled in Boston, Massachusetts after immigrating to America in 1892. Three months later, he took and passed the Massachusetts State Board of Pharmacy examination, becoming one of the few Black pharmacists in the country. That same year, Patrick not only began tutoring students preparing to take the state board examination in pharmacy, but also formally established the Patrick School of Pharmacy, located at 19 Essex Street in downtown Boston. Patrick went on to establish his own apothecary and earn a Doctor of Medicine degree from the Boston College of Physicians and Surgeons in 1894. He relocated his school twice before establishing it in his house on Centre Street in Roxbury in 1920. Dr. Patrick closed the Patrick School of Pharmacy in 1937.