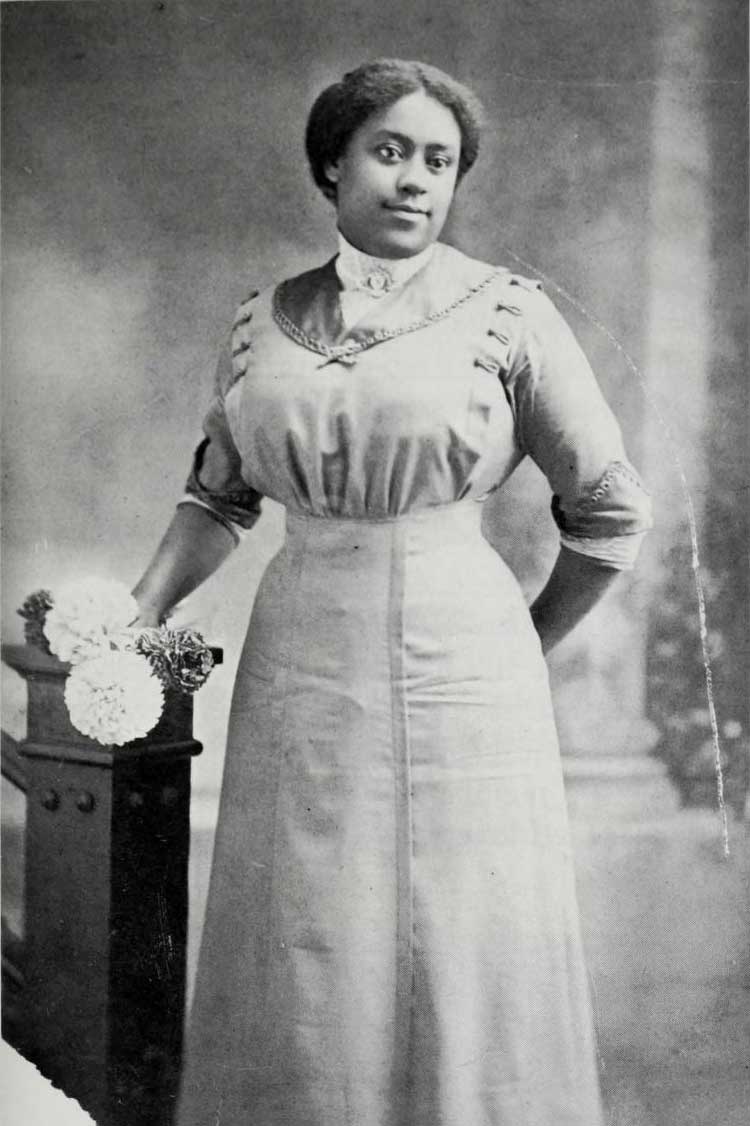 Jessie Gideon Garnett (1897—1976) was 11 years of age when she moved to Boston from Nova Scotia with her family. Jessie Gideon graduated from Girl’s High School in Boston and then Tufts College in Medford, Massachusetts. During her matriculation at Tufts she was accepted to the Tufts Dental School. In 1920, she graduated from Tufts School of Dental Medicine earning a Doctor of Dental Medicine degree, becoming the first African American woman to graduate from the school and the first African American woman dentist in Boston.

Dr. Gideon Garnett’s dental practice was initially located on Tremont Street, prior to its 1922 relocation to Columbus Avenue. In 1929, she moved her home and dental practice to 80 Munroe Street in Roxbury. Dr. Jessie Gideon Garnett practiced dentistry in Boston for nearly 50 years, until her retirement in 1969. In 2009, the Boston Heritage Guild honored Dr. Gideon Garnett, recognizing her achievements and unveiling a plaque marking the historic Victorian home. The Boston landmark is now a stop on the Boston Women’s Heritage Trial. 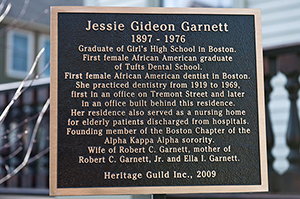 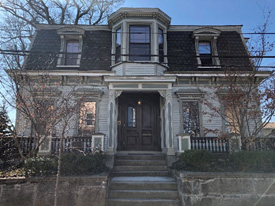