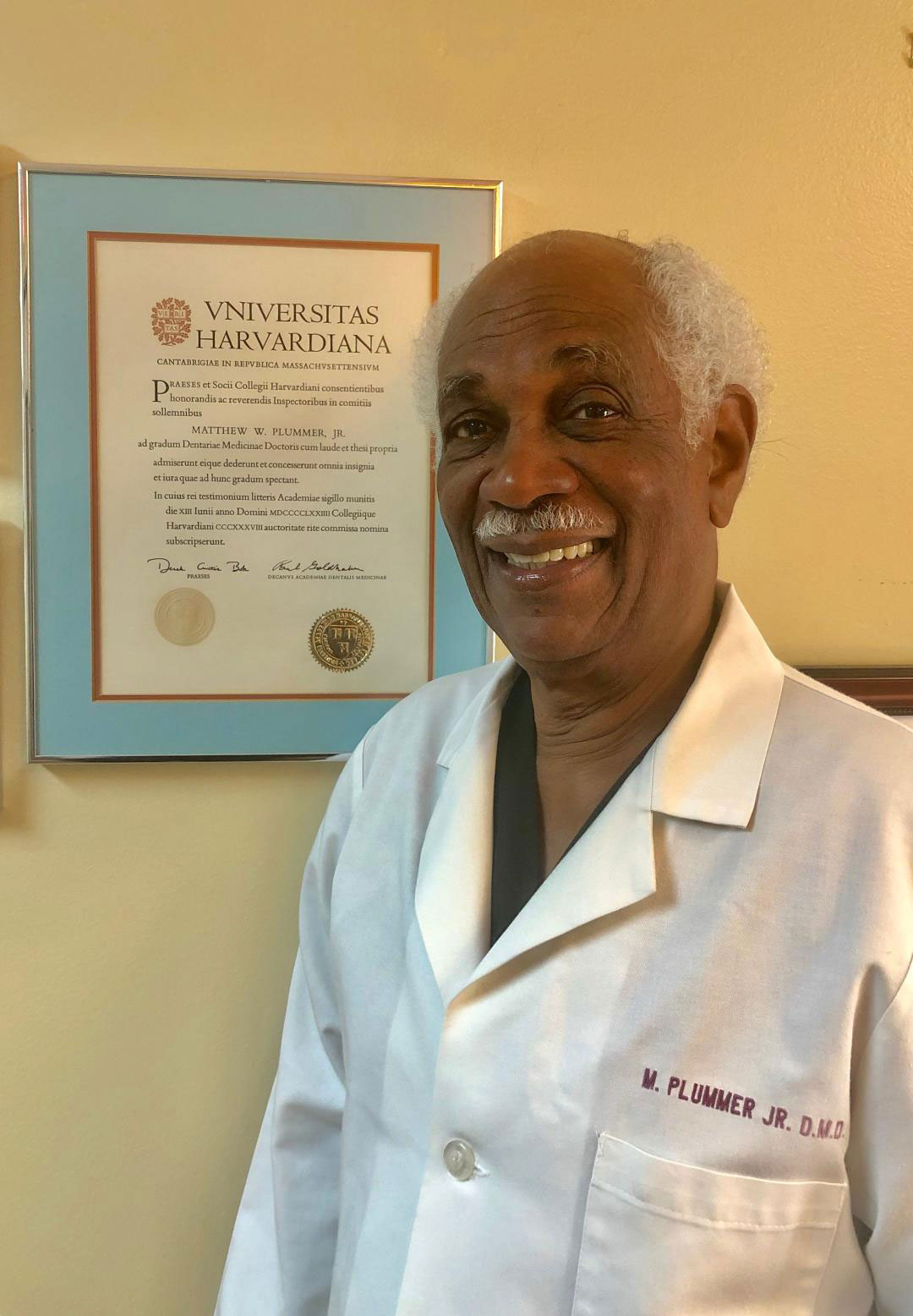 Matthew W. Plummer, Jr. grew up in Houston, Texas, in a segregated community in the 1950s and 1960s. Graduating summa cum laude from Phillis Wheatley High School in 1961, he entered Morehouse College graduating in 1965 with a bachelor’s degree in mathematics and a minor in biology. After teaching for two years in Kenya with the Peace Corps, and a year and a half in the Houston public school system, Matthew Plummer entered Harvard School of Dental Medicine in 1969. He was among the 16 students comprising the first class of diverse students at HMS and HSDM, earning a Doctor of Dental Medicine degree in 1973 and a Master of Public Health degree from the Harvard T.H. Chan School of Public Health.

Dr. Plummer conducted the first study of dental care for the developmentally disabled population in Texas.  In 1979, Dr. Plummer entered private practice in his home city of Houston and he continues to practice today, providing dental services to under-served populations in the Harris County Hospital District. Dr. Matthew Plummer, Jr. is President of Cosmetic Dentistry of Texas. 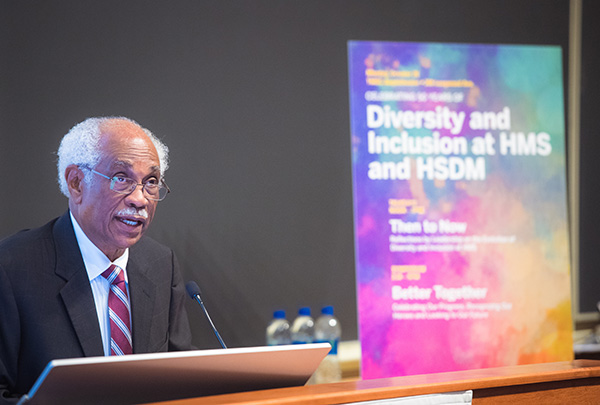 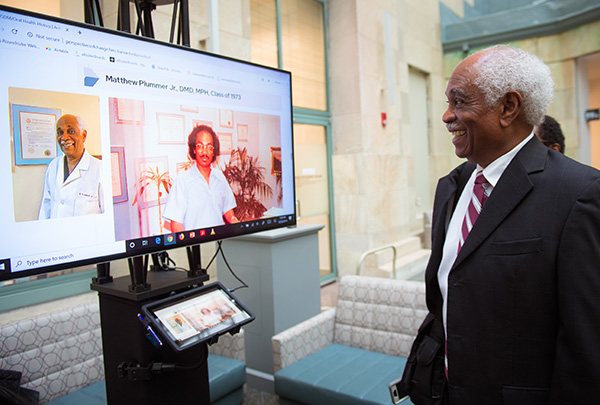 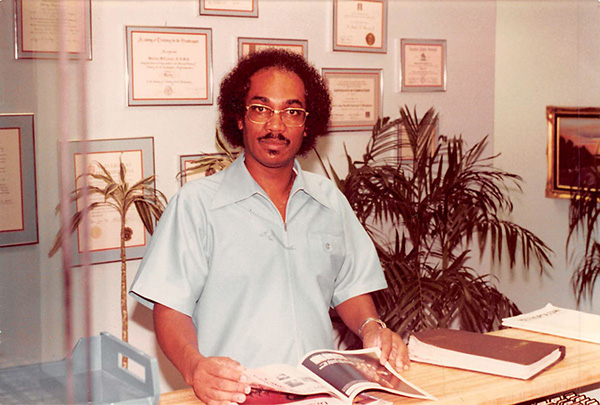 “I grew up in Houston, Texas, in a segregated community.” (time)

“I guess 11 to 12, my mother took me to a dentist who had never done braces before, but he wanted to try to do braces.  And so I was one of his first patients.” (time)

“I left Morehouse in ’65, joined the Peace Corps, and I had a two-year tour in Kenya, East Africa.  That was also an interesting experience.  I’d never been out of the country before, obviously, and I’d never been -- I had never been north before.  I hadn’t been anywhere, actually, before I went to Morehouse.” (time)

“My mother said, “Apply to Harvard.”  And I clearly remember telling Mama, I said, “Mama, Harvard is not gonna accept a black kid with a big afro.” And she said, “That’s OK, son.  Apply to Harvard.”  And, of course, in those days, what your parents told you what to do, you did it, right?” (time)

“After my acceptance, Jim Mulvihill … came to Houston.  We talked about finances, how I would finance my dental education.  And he said … he was working on a situation that would help me alleviate some of the cost.  And that situation was he had contacted Wellesley College to see if they could employ my wife and I as house parents.  And that came through:  my wife and I were the first house parents at Wellesley College.” (time)

“I also served as a minority recruiter for the Medical School, the dental school, and the School of Public Health.” (time)

“And to be referred to as Black Panthers was extremely shocking, because, you know, we thought Boston would be different.  We thought Boston, the bastion of liberalism, surely the racist experiences that we were accustomed to in the South would surely not be prevalent in Boston.” (time)

“I think it was ’72 to ’74.  While I was at the dental school, I realized, and we all realized, there were very few black and brown students at the -- at Harvard Medical School and Harvard dental school.” (time)

“That project actually served as the blueprint for the explosion of minority programs in predominantly white dental schools across the country during the, you know, the late ’70s and early ’80s.” (time)

“We also did a survey of dental services for non-institutionalized developmentally disabled persons in the state of Texas.” (time)

“Harvard has an obligation to continue the diversity program in the years to come.” (time)