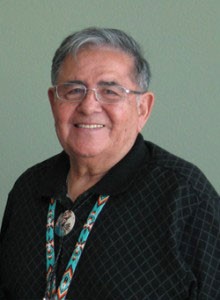 Learn more about Dr. Blue Spruce in his memoir, Searching for My Destiny. 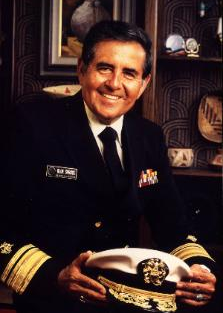 “I spent my growing up years at the Santa Fe Indian School, with the exception of several years during World War II when my dad was in the Navy and we moved out to California.”

“My mother and father were of the generation that was forced into the federal boarding schools to be assimilated into the mainstream of society.”

“I was the first American Indian to be enrolled at Creighton University.  And I began to realize that it was going to be very much living in a fishbowl, with everybody observing me and what I was doing as an American Indian.”

“I was the first director of the Indian programs that were implemented under Section 774(b) of the manpower development legislation of 1971, where for the very first time the federal government was going to recruit ethnic minorities, underserved populations, and women into the doctored health professions.”

“When I got out to the American Indian reservations, they had no running water or no electricity, and so I had to beg, borrow, and steal from the public schools to be able to practice dentistry.”

“After the Indian Self-Determination Act of 1975, I was asked to write the legislation for Title I of the Indian Health Care Improvement Act, and that was to initiate scholarships for American Indian students interested in health careers.”

“I looked behind me, and I saw very few American Indians going through to become doctored health professionals.  And so I thought that I would think very seriously about an organization that would help promote that effort.”